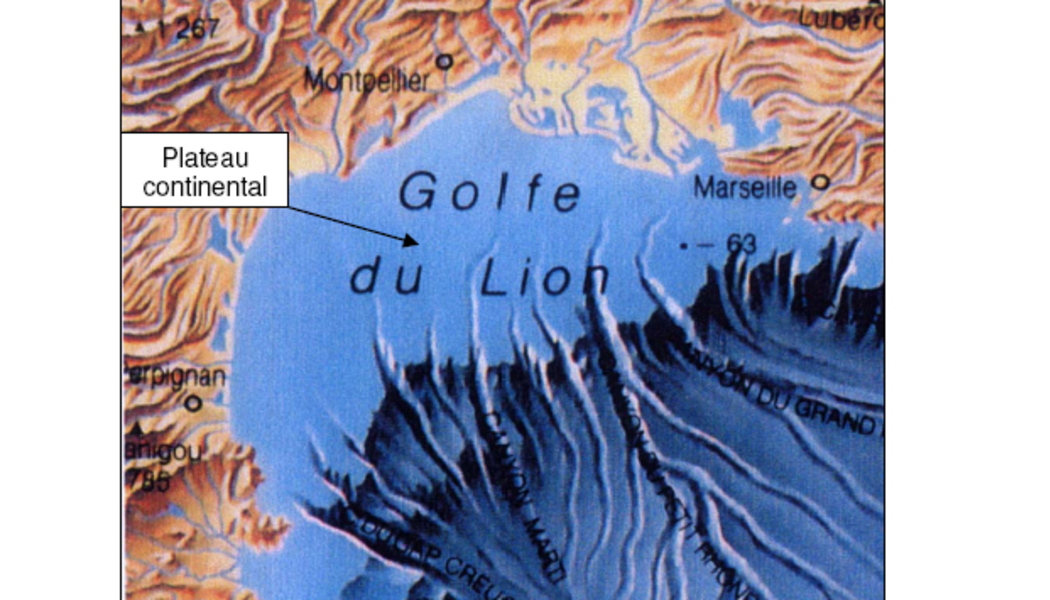 This discharge of organic matter from the land will increase over the years to come as floods become more frequent due to climate change.

Whilst labile organic matter decomposes in coastal waters the larger organic substrates can be discharged to great depths.

Underwater canyons, such as those present in the north western Mediterranean, facilitate this transfer process through the newly described "dense shelf water cascading" (DSWC), in which dense water flows along the continental shelf before emptying into the canyons.

This mechanism leads to the transfer of organic matter from the plateau to the canyons and strongly influences the deep sea ecology.

The discovery of DSWC has renewed interest in the canyons as it calls into question the traditional view of vertical sedimentation of particles, and is now considered one of the main drivers in the transfer of organic matter to the depths of the Mediterranean Sea.

Plant debris has been found in the Lacaze-Duthiers canyon off Banyuls-sur-Mer.

In this context, the objective of this project is to reveal the dynamics of diversity and metabolism of microbial communities affecting the decomposition of sunken wood, depending on the biochemical characteristics of the wood. The project will promote the development of an experimental study site of underwater canyons and the deep seabed at the Banyuls Oceanology Observatory.

The site will benefit colleagues working on wildlife and its relationship with sunken wood.

The project focuses on the temporal dynamics and the coastal ecosystem, and thus will perfectly complement the work already done by the members of GDRE Diwood in their occasional experiments in the ocean environment.