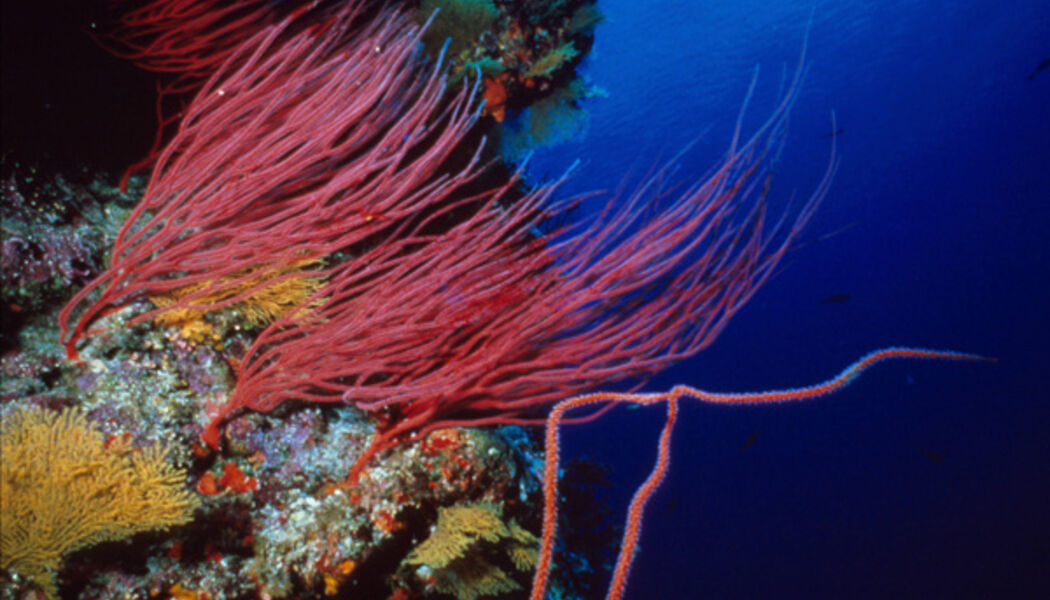 The proliferation of macro-algae in the coastal ecosystems of the tropics and subtropics are a serious threat to the biodiversity of these areas.

Particularly in coral reefs where competition between algae and corals can change the structure and functioning of ecosystems as well as the landscape matrix.

These effects may bring into question the goods and services provided for the large human populations that depend on these coastal systems.

The origin and mechanisms of these blooms are poorly known and the number of species involved very poorly documented.

We chose to study this problem through analysis of Asparagopsis blooms (red algae, Rhodobionte), itemized on the IUCN list among introduced and invasive species in subtropical and temperate regions.

Their uncertain status (e.g. taxonomy, effect on the ecosystem, algal origin etc.) requires a comprehensive and multi-disciplinary study to qualify, understand and manage these proliferations.

Thus, the aim of the eight partners in the consortium is to provide a study platform to scale across the distribution range of the organism.

A multi-site approach across 3 oceans and 2 hemispheres (the Portuguese islands of the Azores and Madeira, Réunion, New Caledonia, French Polynesia and Guadeloupe, and the Mediterranean) will be implemented.

The first objective is to determine the state of proliferation of populations according to the principal parameters of the environment and of habitat to allow for scale data mapping for the 3 oceans.

The second objective is to map the identity of organisms in each of the study areas. The third objective is to test, experimentally, both in laboratory and natural conditions, the harmful nature of Asparagopsis and the ecological effects of its proliferation in communities dominated by cnidarians.