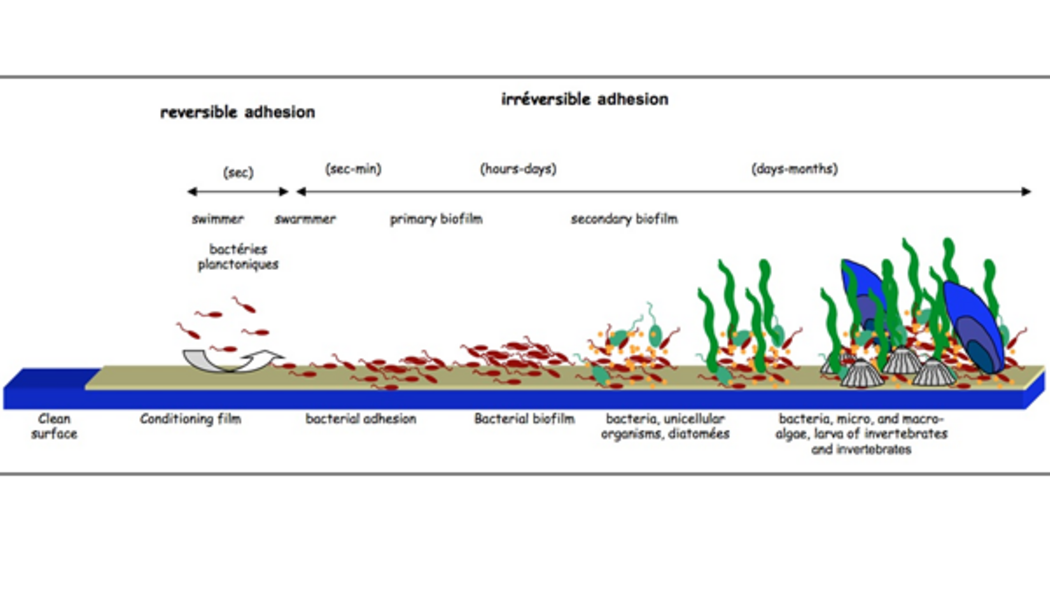 Bio-fouling is the colonization of submerged artificial structures by aquatic organisms, which cause loss of hydrodynamics, and increases the weight of structures. For a long time many toxic substances (copper, mercury, and arsenic) have been used to prevent the appearance of biofouling on the surface of ship hulls, until the arrival of derivatives from tin. These are effective but non-biodegradable, and have proved to be extremely dangerous for the environment, and as they accumulate act negatively on a large number of living organisms. They have been banned by the European Union since 2008. A new more environmentally friendly strategy is being developed, consisting in the development of coatings which release, in a controlled way, natural active molecules which are biodegradable and non-toxic to the environment. This strategy is consistent with the principle of precaution and regulation from REACH.

In a tropical marine environment, interaction between marine organisms includes the production of repellents as a specific protection mechanism, either to limit colonization by organisms or to keep predators away. The BIOPAINTROP project aims to develop a range of antifouling paints incorporating biomolecules from marine resources in Reunion. It divides into two objectives: (i) identify active molecules and (ii) incorporate biocides in paints and validate the effectiveness of the proposed coatings in temperate and tropical environments. The BIOPAINTROP project will allow for a better understanding of the biology and ecology of tropical marine species making real technological advances in the formulation of biodegradable matrices, and matrices in an aqueous phase incorporating active molecules arising from tropical biodiversity. This can translate into productivity gains for the fishing sector, aquaculture and maritime trade, which is now very dependent on such innovations.